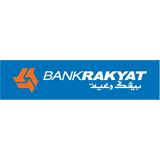 Having been a Shareholder of Bank Rakyat for the last 15 years, I was piqued by the news of a vacancy for the Top Post at the Bank which appeared in the Utusan newspaper today. Read: UTUSAN ON-Line

The continued vacancy at Bank Rakyat is a cause for concern for shareholders like me used to annual dividends of above 10% and adds fuel to the speculation that NOT all is well at the Bank as you don't let a Billion Ringgit entity be "headless" for long. Am assuming the present Bank Rakyat BOD and the Minister concerned is having their pulse close to the heart/Bank Rakyat operations NOW!!!

Having interviewed Dr.Aznan Hasan who is the President of ASAS earlier this year ( Read: Interview with ASAS President ) and taking cognisance of a magazine article appearing on the Islamic Finance magazine last year depicting how "certain" so-called "Islamic Banker(s)" celebrate when clinching a deal(s), perhaps it's time that a code of conduct be introduced for MDs & CEOs of Islamic Banks as well, similar to what ASAS is planning for its members.......and BNM can start the ball rolling with the next MD or, CEO of Bank Rakyat.

The " Code of Conduct for MD/CEO of Islamic Banks" can state amongst others that a MD/CEO should NOT be seen at casinos or gambling outlets, NOT frequent karaoke joints or any other places that will tarnish the reputation of an Islamic Bank MD/CEO and ultimately the Islamic Bank's image itself.......JUST 2 of many clauses that can be stated in the Code of Conduct.

I hope the "powers that be" gives my suggestion, due consideration as I hated reading the article in the Islamic Finance magazine last year.

On a separate issue, whilst taking a stroll at Kiara Park today somebody told me that Gadaffi Ismail Sabri aka Daffy is an Ambassdor or, "Goodwill" face for Bank Rakyat, is it true?
Posted by aHM at 10:46 AM