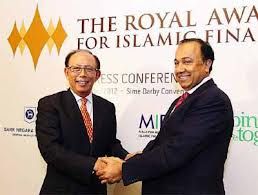 
Note: TQ to the Organisers for the kind invitation.
It was also a pleasure sitting on the same table with Mathew Smith(seated on my left) from the British High Commission (UK Trade & Investment) and his colleague, Norshazlina Nor'Azman@Lin from Bernama TV, Harbhajan Singh(Executive Editor) from Malaysian Reserve and the Al-Jazeera correspondent i.e. Samer Allawi. Do keep in touch.
Posted by aHM at 11:28 PM